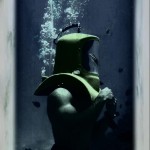 Gone are the days of plain rice, provisions, potatoes & boiled meat; Scotland was very much a surprise for what it offered in the culinary arena. My dining experiences were overall definitely a pleasant one. There were a few highly recommended places for me that somewhat missed the mark – poor service, not-so-tasty food, etc.- and as such I left them off the list. Here’s my choices for 10 AMAZING RESTAURANTS & FOOD EXPERIENCES IN EDINBURGH SCOTLAND…

This restaurant came highly recommended from the hotel staff and I was not disappointed. What impressed me most were the simplistic and honest taste of the courses. They were clearly prepared with the intent to taste singular, distinct and bold flavors. The staff were very knowledgeable, attentive, and friendly. The wine pairings hit the mark and the dessert was a true indicator of Chef’s talent.

TRAVEL DADDY RECOMMENDS: Strawberry dessert is quite an assault on the palette – in a phenomenal way!

A constant theme for highly rated restaurants is booking early since spaces are limited. New Chapter falls into this category and with good reason. The food was every bit its match in reputation and a culinary experience worthy of a Travel Daddy.

This Michelin starred restaurant is universally praised as a jewel of Edinburgh. The famed chef and his wife appropriately named the Kitchins, are the proprietors of this top-notch establishment. Chef Tom Kitchin applied his years of experience at 3-starred restaurants towards his own culinary creations and it’s reflected in the taste and presentation.

A very unique but highly coveted dining option, Aizle adds its own flair with a penchant for keeping things in-house. The menu is guaranteed to change based on what’s in season, and like some of the other fine dining on the list, you’ll want to book in advance.

TRAVEL DADDY RECOMMENDS: You’ll have better luck booking on a Wednesday or Thursday night, and be prepared to splurge a little.

Tucked away humbly in a cosy sidestreet in Leith is the Roseleaf Bar Cafe. It’s great for a brunch, lunch or dinner. It’s interior is among the best I’ve seen –  a mixture between true pub, your grandma’s kitchen and an eclectic art cafe in Venice Beach. The staff was very friendly even allowing me to take a few snaps mid-work.

TRAVEL DADDY RECOMMENDS: I know it’s child’s play but I have a thing for freshly squeezed orange juice- Yum!

Widely regarded as the premier brunch cafes in all of U.K.. If you’re a brunch type person and near Leith, then this is a must -go.

TRAVEL DADDY RECOMMENDS: Have the hotel confirm the opening and closing times especially on the weekend- the website info wasn’t updated last time I checked.

A top notch restaurant specializing in Scottish-centric dishes. It’s of the same caliber as the fine dining choices listed above. Bon appetit!

Another highly recommended choice from the concierge, who touted it as the perfect choice for his anniversary date with his special someone.

TRAVEL DADDY RECOMMENDS: There is also a window of opening during lunchtime if you can’t secure reservations; switch it up a bit and be rewarded.

Scottish Salmon has been rated among the best in the world, along with its Venison. It’s somewhat of the equivalent of going to Mexico and not having 1st grade Tequila. I’ve had Alaskan Salmon, and it’s up there with it- not quite as good but better than what you’ll have at most U.S. restaurants. Apparently and according to locals, their venison ranks among the best on the globe

TRAVEL DADDY RECOMMENDS: I love meat; this is a welcome change from chicken.

Traditionally served as the meal of Burns Supper in honor of Scotland’s famous poet, this meal is as Scotland as it gets. Tatties are essentially mashed potatoes, and Neeps are a sort of pureed root, Haggis on the other hand is it’s own experience. When I first had it, I casually asked what it comprised of; I was advised it’s best I not know before I ate my fill. Ever the “try anything once junkie”, I dug in and found the texture and flavor not totally repulsive; to be honest – I’ve had worse i.e. bugs in Cambodia. Apparently it’s banned in the U.S. because of a ban on foods containing at least 10-15% sheep lung. It may gross you out beforehand but better tasting than liver and onions in my opinion.

TRAVEL DADDY RECOMMENDS: You only die once, so give it a go!

So there you have it- now that you have my list of 10 Amazing Restaurants and Food Experiences in Edinburg, Scotland, be sure to add this city to your list of amazing food destinations.